Read This Before Signing with a Music Library 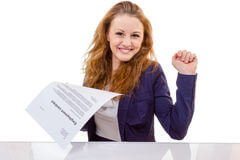 [Written by Jennifer Newman Sharpe, Esq., entertainment attorney and COO & Co-Founder of Sparkplug]
•   What is a music library? And what does it have to do with sync licensing?
If you’re an independent artist, it’s very likely that you have been approached to sign a licensing agreement with a music library. Music libraries are companies that represent a large catalog of music for the purposes of securing synchronization licenses (aka “synch licenses” or “sync licenses”).
A synch license is needed whenever music is used within an audiovisual production such as a film, tv show, advertisement, video game, etc. Synch licenses can be a great way for artists to earn money from their music. Music libraries prefer to work with DIY artists, because DIY’ers usually own their recordings and compositions – you can read about the difference between sound recordings/masters and compositions/publishing here and here). Whether you’re working with a library or on your own, owning or administering 100% of your sound recordings and compositions makes securing a synch license easier.
•   How do music libraries structure their agreements?

The agreements offered by music libraries can come in many different flavors, starting with exclusivity. While these agreements can be exclusive, they’re often non-exclusive. “Exclusive” means that the music library is the only company allowed to represent your content for synch licensing and you may not enter into a similar agreement with another music licensing company.
Although restrictive, an exclusive arrangement allows the music library representing you to secure higher synch licensing fees, since your content cannot be licensed anywhere else. Given how big libraries’ catalogs are and that there aren’t upfront advances, most artists are reluctant to sign an exclusive deal.
“Non-exclusive” deals allow you the freedom to work with whomever you want, but companies offering these deals are typically larger than an exclusive library and your content may have a harder time finding the spotlight.
CD Baby offers music licensing services, but on very different (more artist-friendly) terms than what is discussed below.
—
•   Before signing with any kind of music library, here are 6 big points you should consider:

1.    Know what you’re signing and what to ask for
This is a good rule of thumb for any agreement – really understand what you’re signing before you sign it. You should have an attorney experienced in music law review the agreement and explain it to you.
Typically, the terms offered by a music library are not very negotiable, but an experienced attorney will be able to identify deal points that could be reworked in your favor, particularly around what kinds of placements should require your approval, royalty splits, accounting and audit rights, and termination provisions (discussed more below). Most importantly, an attorney can explain the terms to you and discuss whether you want to enter into the agreement at all.
It makes sense that some companies aren’t open to negotiating agreements too much. They enter into thousands of these deals. It isn’t practicable to have a drawn out negotiation with every content provider and keep track of so many different terms. Some of these agreements are drafted with this in mind, and the terms are pretty fair and reasonable to the content provider.
However, a lot of these agreements have terms that are “non-negotiable” and really aren’t fair to the content provider, particularly around payments. Make sure your attorney explains to you what money you should be paid on, whether the company is taking any public performance royalties (discussed more below), and whether the splits are reasonable.

3.    Blanket licensing vs. synch fees
One big downside to working with libraries that retitle is that they often don’t advocate and negotiate for synchronization fees.
Traditionally, a licensee (a person wanting to put music in their film, for example) would have to pay an upfront fee to both the master owner (the label or DIY artist usually) and publisher (the publishing company, administrator or DIY writer) to get permission to use the recording synchronized with their audiovisual production. The master owner and publisher aren’t required to grant this license, so the fee is negotiable. Synch fees can range from a couple hundred dollars to hundreds of thousands of dollars, or even more depending on the placement and notoriety of the recording/artist.
In addition to synch fees, public performance royalties are also generated by synch licenses. If a music library practices retitling, the library will want to license as much music as they can to collect those public performance royalties from the retitled content. Also, negotiating fees for each license per-usage takes time and resources, and, for lesser-known music, the fees may not justify the efforts. As an alternative to per-usage licensing, many music libraries enter into blanket license agreements with studios and production companies.
Blanket license agreements usually include a flat fee (this can be annual, monthly, per project or another variation), or sometimes no fee at all, in exchange for the right to license an unlimited (or a generous amount, at least) of songs from a library’s catalog.
Often the libraries don’t pay the artists who own the songs any share of blanket license fees, even if their songs are placed by that company (I think this is a little sneaky)!
In this instance, libraries may keep 100% of the upfront blanket fees and get tons of their songs placed, generating significant performance royalties. The DIY artist who entered into a deal with such a library may not see any upfront blanket fees, but will receive public performance royalties from each placement. However, they are sharing those royalties with the library and often they’re a lot less than expected – placements that generate smaller amounts of royalties are just bonuses to libraries, because they are placing thousands and thousands of songs, which ultimately generates the bulk of their revenue.

4.    Value your music, and license it accordingly
It makes sense to license certain types of music, like traditional “production music” (i.e., “stock music,” “library music”), under these types of deals. Recently, music libraries have put greater efforts into signing more DIY artists in the hopes of sourcing actual songs as this type of content is considered to be more “valuable” from a synch licensing perspective than production music – there’s greater potential for higher synch fees, branding opportunities, soundtrack options, etc.
If you’re going to work with a music library, make sure that you aren’t obligated to deliver your entire catalog, and then be picky about what you choose to submit. Instrumental versions of songs, particularly of older material, are a great example of content that may be better suited to license to a library. The top three songs off of your upcoming release… probably not. Value your music and be sure to craft a licensing strategy that reflects that value.

5.   Limit the number of non-exclusive licensing partners you work with
Non-exclusive deals seem great because they don’t restrict you from entering into other agreements, so why not enter into as many of them as possible and see which ones generate the most opportunities? While this may seem tempting, this approach is bound to backfire. When you have multiple companies representing the same songs, the music supervisors that are looking to license music may actually get pitched the same music (albeit probably under slightly different titles, to differentiate where they came from).
This can get very confusing for a supervisor and also annoying when they have to listen to the same song multiple times, especially if it wasn’t a good fit in the first place. This also is problematic for the licensing company, which is compensated based on the success of its efforts. Tracking where an initial pitch came from can be confusing. Moreover, if a supervisor wants to license your content they may engage all of the companies claiming to represent you and will opt for one that offers the lowest fee – you don’t want your music to undercut itself!
The better approach, if you’re entering into these type of agreements, is to look for different types of licensing partners. You want to make sure you have all potential licensing revenues streams covered, without the companies overlapping too much. For example, you could license your catalog to one library that places production music for TV shows, another that administers micro-licenses for YouTube and web-videos (like CD Baby offers through its partnership with Rumblefish), and another for more traditional placements in film, television and advertisements.

6.    Think about the future
A critical consideration before entering into one of these agreements is how the arrangement might affect future opportunities that cross your path – for example, a traditional publishing or co-publishing agreement, with an advance (upfront money paid to you, in part as an incentive to sign with them).
If you’re in an exclusive agreement already, you will need to terminate that agreement before you can sign a new publishing agreement, even if the deal structure is different. If your existing agreement is non-exclusive, your new agreement will most likely be exclusive, so you’ll still need to terminate the existing agreement.
Termination isn’t always easy. Often, there is a small window every 1-2 years when you can give notice of your intent to terminate, effective as of the end of that year or two year period. So if you’ve missed that window, you have to wait another year or more. Some companies understand when the need to terminate arises and may let you out of the deal early, but it’s best to think of the terms of the agreement as being the rules you’ll have to live by.
Another issue with library agreements with respect to later opportunities is that they may actually discourage future deals. Particularly, as we discussed above in connection with retitling, a lot (and sometimes all!) of your publisher’s share of public performance royalties from these placements will be still collected by and administered by the library. This could potentially reduce the valuation of your catalog for a new publishing deal, which may mean lower advances and less interest.
___
Overall, working with libraries can be a great opportunity – if you understand the terms and are selective about what music you submit. But if you sign an agreement without fully understanding the rights you’re giving up, you risk losing money, lowering the value of your music, and missing out on future opportunities.
CD Baby offers music licensing services on very different terms than those that are discussed above. For example, you can cancel licensing services with CD Baby at any time, and CD Baby never retitles or takes a portion of your public performance royalties. CD Baby also administers YouTube licensing, which is outside of the scope of most music library services.
___
Wow – We’ve covered a lot here. I know this may be confusing and a ton of information to digest, but DIY artists are actually running a business. Even if you have great legal or other representation, it is important to understand for yourself how your deals are structured and the legal, business, and artistic risks and benefits of entering into them.
© Jennifer Newman Sharpe. All rights reserved. This article contains information for general information purposes only. It is not intended to be legal advice and should not be considered or relied on as legal advice.  Any reader of this article who has legal matters involving information addressed in this article should consult with an experienced entertainment attorney.  This article does not create an attorney-client relationship with any reader of this article. This article contains no warranties or representations that the information contained herein is true or accurate in all respects or that it is the most current or complete information on the subject matter covered. 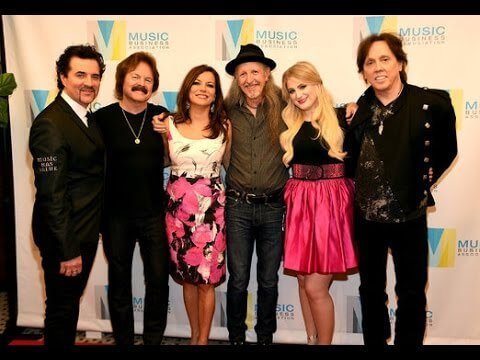